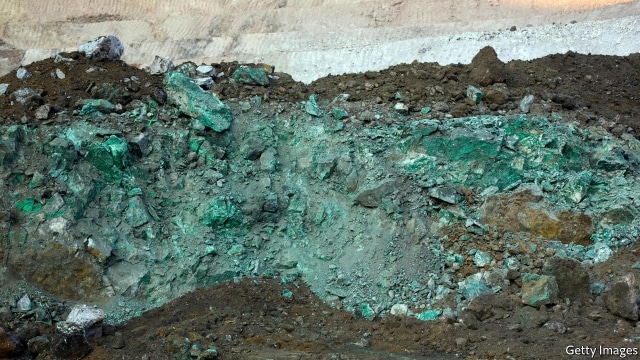 Demand for electric vehicles is fueling a rise in child labor in cobalt mines in the Democratic Republic of Congo, experts said this week, urging companies to take action as the industry expands.

Cobalt is a key component in batteries for electric cars, phones and laptops, and Congo provides more than half of global supply.

Tens of thousands of children as young as six digs for the toxic substance in artisanal mines in the country’s southeast, without protective clothing, rights groups say.

As companies move to secure their supply of cobalt, they should also make a push to improve transparency and labor rights, said U.S.-based advocacy group Enough Project.

“I think it’s a really interesting moment for companies because there is such a spotlight on cobalt right now,” said Annie Callaway, author of the report.

“We’re not right at the beginning of the rise in demand but we’re still pretty early on, where we can make sure that there are systems in place to address these things,” she said.

Rising demand in the last several years has already led to increases in cobalt production, drawing more people – including children – into the sector, said Siddharth Kara, an author on modern slavery who visited Congo this year.

“Based on what I saw on the ground, right now there is absolutely no way any company in the world could assure its consumers that the cobalt in its products is not tainted by child labor,” Kara told the Thomson Reuters Foundation.

The majority of Congo’s cobalt comes from industrial mines, while about one fifth is mined informally, according to rights group Amnesty International.

Sourcing only from industrial mines would not solve the problem because it is unclear how and when artisanally mined cobalt enters the supply chain, said Callaway of Enough Project.

“One of our recommendations is that companies should actually travel to cobalt mining areas in Congo… to demonstrate their interest in this issue,” Callaway said.