Skip to content
FedEx to Sponsor Truckers Against Trafficking 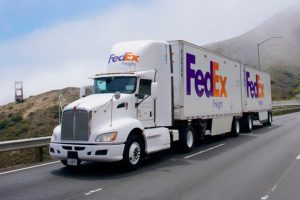 “As a company with team members out on our nation’s highways every day, FedEx is proud to support Truckers Against Trafficking in its quest to call attention to, and fight, this serious crime that is impacting lives across the U.S.,” said FedEx Freight President and CEO Mike Ducker. “By educating our team members on what to watch for and empowering them to take a stand, we are committed to making a difference on this issue and look forward to working with Truckers Against Trafficking.”

“The American trucking industry has proven time and again that they are working alongside law enforcement to disrupt trafficking networks and aid in the recovery of victims,” said Kendis Paris, executive director, Truckers Against Trafficking. “The partnership between TAT and FedEx will significantly increase the trained ‘eyes and ears’ along our nations roadways, and we are thrilled to be working with such an industry leader.”