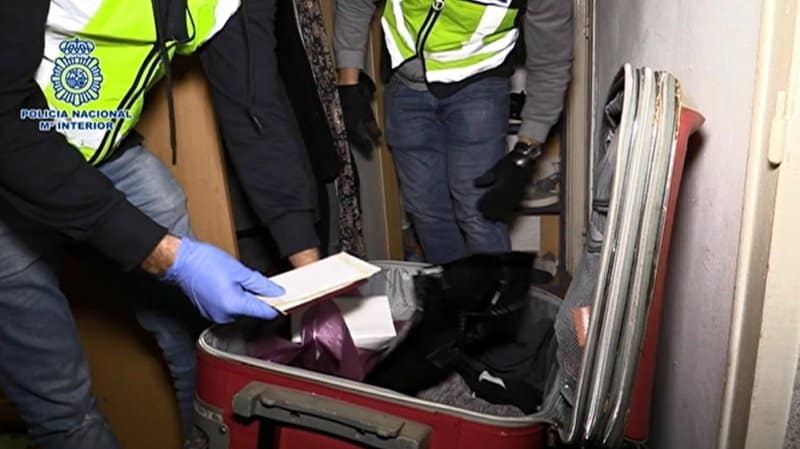 Spanish police conduct a search during one of the arrest operations

Spanish police said on Tuesday (Mar 13) they had arrested 155 mostly Chinese nationals after busting a gang that trafficked Chinese migrants into Britain and Ireland for 20,000 euros (US$24,655) per person.

The arrests, which included four alleged ringleaders detained in Barcelona, came after a three-year investigation, police said in a statement.

“The dismantled network was extremely hermetic, structured and hierarchical,” they said.

“Each victim paid 20,000 euros (US$25,000) for the trip and once they’d arrived in the European Schengen zone, they would temporarily stay in flats in different parts” of the northeastern region of Catalonia “until they got their fake papers” made in China, police said.

They added that five Chinese illegal migrants had agreed to testify against the gang in exchange for entering a witness protection program.