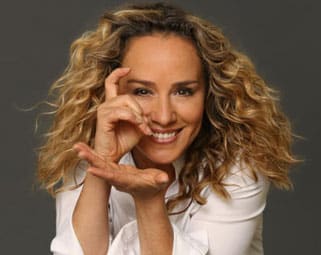 Acclaimed humanitarian photographer Lisa Kristine creates more than images, she inspires change. A master storyteller, Lisa documents indigenous cultures in more than 100 countries on six continents, instinctively identifying the universal human dignity in all of us. Awakening compassion and igniting action in a worldwide audience with powerful, broad-sweeping images of courage and tender, intimate portrayals, Lisa elevates significant social causes—such as the elimination of human slavery and the unification of humanity—to missions. Her work resonates in the heart and moves us to act.

Lisa has gained broad recognition for her collaboration with the NGO Free the Slaves. This breathtaking body of work, illuminating human enslavement, is brought together in Slavery, published in 2010. Lisa has received global attention for shining a light on contemporary slavery across media platforms, including CNN and Reuters, speaking at TED events, museums, NGO’s, business conferences, colleges and universities. This year Lisa is the recipient of the LUCIE Humanitarian Award, recognizing the achievements of master photographers who’ve played a significant role in contemporary photography.

Lisa was the sole exhibitor at the 2009 Vancouver Peace Summit, attended by His Holiness the Dalai Lama and other award winning Nobel Laureates. Lisa has enabled new social and financial capital for the causes she champions. Christie’s New York, in celebration with Kofi Annan, has auctioned her images to benefit the United Nations. The Archbishop Desmond Tutu, the Queen Mother of Bhutan and Amnesty International, have all endorsed her work. Her photographs inspired the Make a Stand Lemonade movement, which has raised more than a million dollars and has enlightened the awareness of over 100 million people toward the eradication of slavery.

Lisa has published 5 books and has been the subject of 4 documentaries. Her work on Slavery will be featured in two films to be released in 2014. One of these films, SOLD the movie, made by Oscar Award winning team, Emma Thompson and Jeffrey Brown, includes a character inspired by Lisa and played by Gillian Anderson.

Currently Lisa is producing two exhibitions, one entitled Enslaved, a visual story of modern day slavery, and the other Pillar of Spirit, which explores the living history of Bhutan in the face of modernity swiftly impacting its borders. Just as she hopes these bodies of work will inspire awareness and change, she continues to seek out projects in which her images can have a positive impact in our world.

Lisa’s purpose-driven interactions with diverse cultures, her passionate sensitivity about the human condition, and her finely-tuned craft produces truthful, profound images of the beauty, suffering, compassion—and above all—the dignity of men, women and children around our world. Lisa Kristine awakens people to unseen worlds and beckons action in all who see them.

We are all connected.
And we all have human value.

It doesn’t take much to change a life.
Get in touch today and start making a difference.