Known for unveiling the latest sneakers from Adidas and Nike on his YouTube channel, American vlogger Jacques Slade has unboxed a pair of trainers with a twist – they highlight modern slavery. (watch the video) 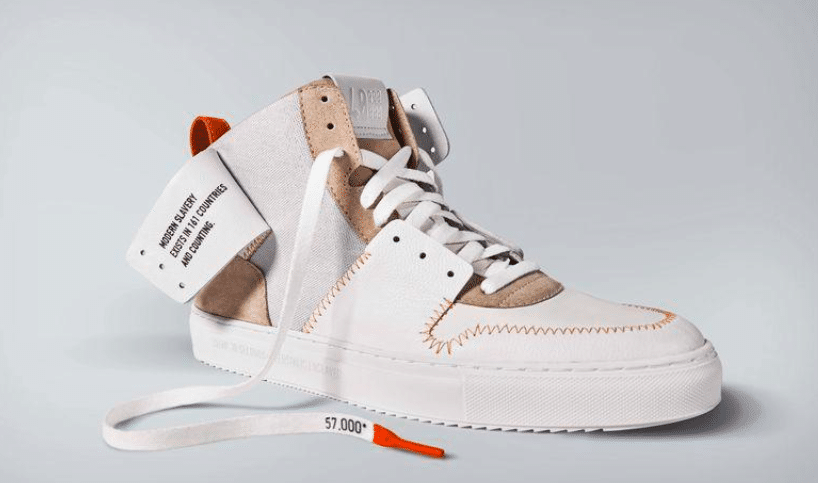 The $90 price tag reflects the cost of a slave today, the ‘40M’ logo refers to the estimated 40 million people trapped in slavery and the insoles feature pictures of sweatshops where forced labor is considered to be rife globally.

The campaign by the Thomson Reuters Foundation – “Unboxing the real price of sneakers” – aims to raise awareness of the hidden human cost of clothing among millennials as the issue of ethical fashion increasingly influences how young people shop. 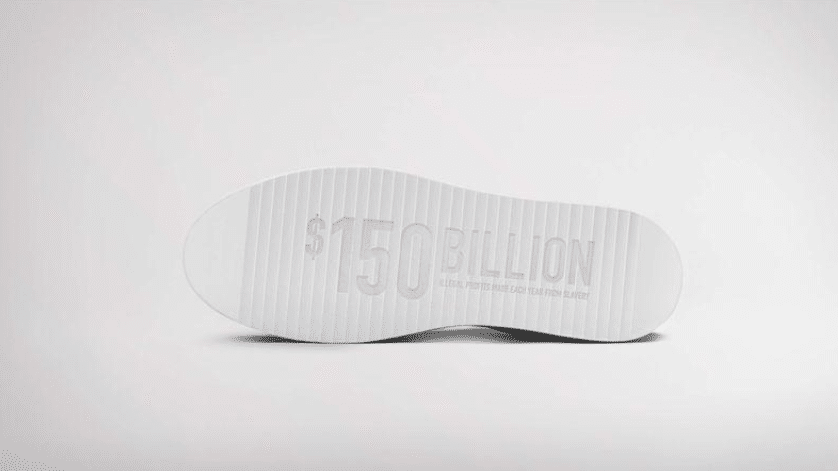 The advent of fast fashion, with consumers constantly buying and discarding clothing, has fueled the risk of worker abuses such as forced labor in global supply chains, campaigners say.

“Being a part of this campaign has made me take a more thoughtful stance on the issues around forced labor,” said Slade, who has about 850,000 subscribers to his YouTube channel.

“Given the impact we can all make with our voices, I am proud I may be able to help educate and empower those around me to look deeper at their own understanding of the topic and … inspire them to enact change both locally and globally.”

Slade’s video reveals that the trendy white trainers – created together with a prominent Los Angeles designer – are slavery-free, while pointing to issues in global supply chains.

From cosmetics and clothes to shrimp and smartphones, supply chains are often complex with multiple layers across various countries – whether in sourcing the raw materials or creating the final product – making it hard to identify exploitation.

In recent years modern slavery has increasingly come under the global spotlight, putting ever greater regulatory and consumer pressure on firms to ensure their supply chains are free of forced labor, child labor and other forms of slavery.

“Conscious consumers will be an essential part of the movement that will make companies and governments get serious about ending the evil that taints the products we use every day,” said Jakub Sobik of charity Anti-Slavery International.

“It’s fantastic to see someone like Jacques Slade – who unpacks the products for thousands of young people every day – raise the question of the human price of the things we buy,” the UK-based group’s spokesman told the Thomson Reuters Foundation. 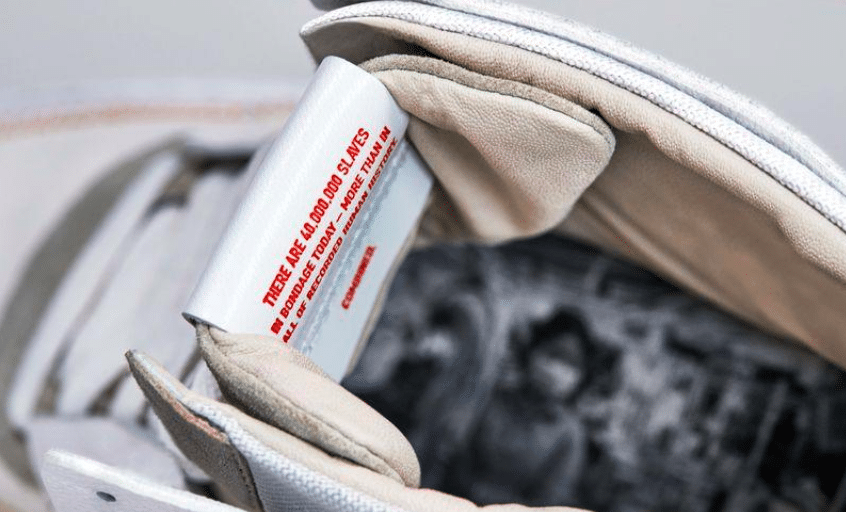