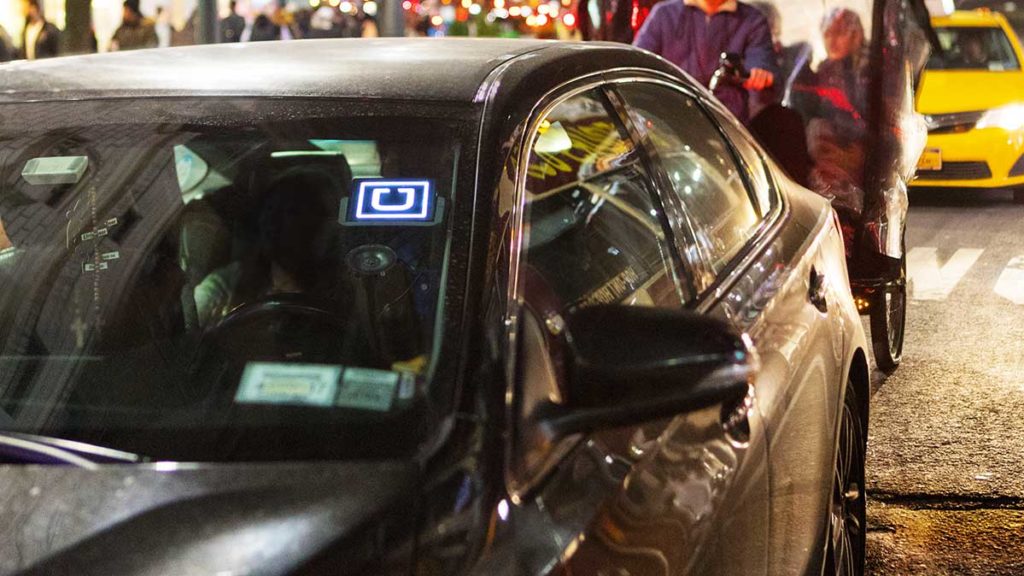 With hundreds of area drivers giving rides at all times of the day, Uber can be a valuable tool in fighting human trafficking, an audience of largely criminal-justice professionals was told Wednesday.

“We have a unique footprint in the communities where we operate,” said Dave Barmore, an Uber public policy manager based in the Washington, D.C., area. He was at the Modesto Police Department for a roundtable discussion on human trafficking hosted by U.S. Rep. Jeff Denham, R-Turlock.

In the U.S. alone, Barmore said, Uber has nearly 1 million active drivers, many of them part-timers who work at night and early morning. Uber saw the importance of raising awareness of its drivers and educating them on how to spot signs of human trafficking and report suspicious behavior, he said.

“Facilitating nearly 15 million trips daily, globally,” Barmore said, “what we’ve found, unfortunately, is with that large volume, we are going to have bad actors, and incidents occur.”

Through its driver app and its larger-market Greenlight hubs where drivers can get in-person support from Uber staff, the company has shared tips, hotline numbers and other information, he said.

Within the past couple of years, drivers at least a few times have helped bust human-trafficking operations, Barmore said. In the Sacramento area in December 2016, a driver observed suspicious behavior in the back seat of his vehicle between two women and a girl who turned out to be 16. He reported the incident to police, which led to the girl’s rescue. An article on the Uber site added, “From Phoenix to Philadelphia, drivers have been credited with helping break up operations and aiding victims of human trafficking.”

Asked if there is a Greenlight location in Stanislaus or San Joaquin counties, Barmore said the nearest would be closer to the Bay Area. But he said it’s a possibility that a Bay Area staffer could visit the Valley at least once a month to talk with local drivers about issues and concerns they have.

Barmore also was asked if Uber has a way to flag addresses for service refusal, because a 15-year-old girl used Uber to take her from her group home to her pimp and client. He replied that he’s worked with Uber’s legal team on ways to restrict how the service can be used. It should be possible to use a “geofence” that would block drivers from receiving calls from a particular area.

Asked about the number of local drivers, the only figure Barmore had was that there are about 1,400 within the 10th Congressional District, which includes Stanislaus County and portions of southern San Joaquin County.

Educating 1,400 pairs of “eyes on the street is huge,” said Debbie Johnson, founder and chief executive officer of Modesto-based Without Permission, which fights sex trafficking. “For me, that is the first line for something that I know would impact the community, impact potential victims , impact law enforcement.”

From the U.S. Department of Homeland Security:

From the Polaris Project: