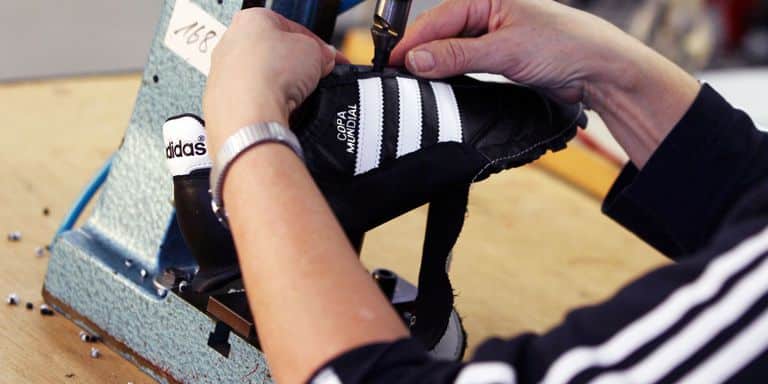 In an update of the firm’s efforts to eradicate slavery in its supply chain, Adidas said it had targeted all tier two suppliers in high risk countries, including Taiwan, China, Vietnam and Indonesia, for participation in modern slavery capacity building workshops.

The firm said high risk practices, including retaining documents or holding back wages, were identified during some of these training sessions.

As a next step – from 2018 to 2020 – Adidas said it plans to run follow-up training sessions to create action plans with suppliers on specific non-compliance issues.

“Remedial action is based on a continuous improvement model, which aims to mitigate future risk by improving overall system practices,” the firm said.

The update also highlighted the continued risk of unregulated recruitment agencies, and said the firm recognised the “need to do more” to enforce its zero recruitment fee policy.

Adidas has consistently been an industry leader in its efforts to eradicate modern slavery, ranking top in the 2016 KnowTheChain index. This latest update from the firm was posted on the Business & Human Rights Resource Centre website and also covered the brand’s strategy on raw materials and cotton sourcing.

The firm said for the period 2018-20 it would focus on its natural rubber supply chain in Vietnam, where it will partner with NGOs and other buyers including tire manufacturers to increase pressure on the sector.

Adidas will also spend the next two years reviewing social and labour conditions in countries producing a high volumes of cotton including China, India and Pakistan. The firm had previously been focusing on Turkey, where it worked with partners to lobby the government to open up work permits for Syrian refugees in the sector.