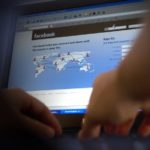 Internet giants have been accused of profiting from sex trafficking by enabling ‘pop-up brothels’ in Britain.

Firms such as Google and Facebook were raking in cash from vulnerable young women who are smuggled into the UK and forced to work as prostitutes in temporary sex clubs and massage parlours, said the National Crime Agency (NCA).

Tech companies have become ‘key enablers’ in the sexual exploitation of women trafficked from abroad, said the organisation.

Ministers are now considering introducing new laws to make the multi-billion-pound businesses liable when smuggling gangs use their websites to ‘pimp’ their victims to men who pay for sex.

Organised criminals are running so-called ‘pop-up brothels’ to move women rapidly from place to place to make it harder to find them. They rent a property and operate prostitutes for a month then move on before anyone notices.

Last year police said up to 30 pop-up brothels were being opened each week in Swindon. Three such clubs were discovered operating last week in luxury flats near Hyde Park, central London.

Prime Minister Theresa May was briefed on the growth of online sex trafficking on Wednesday at a meeting of the modern slavery taskforce which she established as Home Secretary.

Downing Street said Mrs. May and Culture Secretary Matt Hancock, whose brief covers the internet, are examining landmark US legislation that will make technology and social media firms responsible if they publish content that leads to trafficking.

Mrs. May said: ‘Modern slavery destroys the lives of some of the most vulnerable in our society. All too often we see criminal gangs coerce people with false promises of a better life, only to treat their victims as commodities for sexual exploitation.

‘As the hosts of user-generated content, internet companies can and should be doing more to prevent trafficking-related material from appearing on their platforms.’

Will Kerr, the NCA’s head of vulnerabilities, said: ‘People are using the internet and social media sites to enable sexual exploitation and trafficking. It is clear that the internet platforms which host and make a profit out of this type of material need to do more to identify and stop these forms of exploitation.’

Senior sources in Downing Street and the Department for Digital, Culture, Media and Sport said they were ‘looking at’ whether to replicate the legislation being passed in the US.

It means that if people advertise the services of trafficked women and children and clients find them using Google or Facebook, the tech giants could be criminally liable.

It was brought in as a response to Backpage.com, which has been labelled a ‘hub of human trafficking, especially the trafficking of minors’. The UK version of the listings site hosts hundreds of explicit postings for sexual services in Britain.

A Downing Street source said: ‘We are looking at this. The prime minister has made clear that Brexit gives us opportunities and one of the areas where we might diverge from EU rules is in the digital arena.’

Last May David Archer was jailed for 13 years for running a £16million prostitution empire using an adult website that can be accessed via Google and Facebook.

The Essex property tycoon trafficked vulnerable women into the UK and put them to work in a string of hotels and brothels, with their services advertised on a website called AdultWork.

It is understood that Google does not profit from AdultWork as it has a zero-tolerance policy for adverts that promote escort services and prostitution. Facebook said it welcomed the new US legislation.