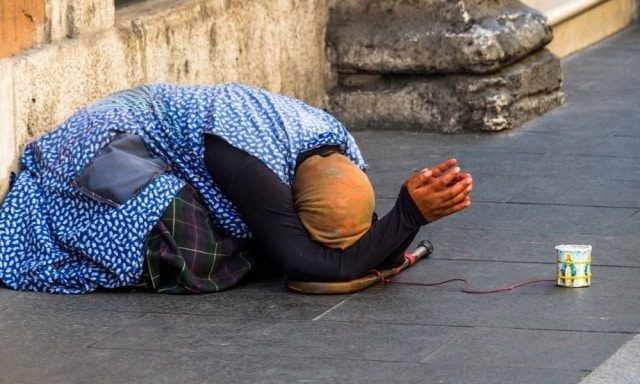 Bulgarian citizens were kept as slaves and forced to beg in France.

Yesterday, French police detained 11 people in Toulouse. All of them are Bulgarian citizens citizens as well. The arrested organized a human trafficking network from Bulgaria for the purpose of begging in France.

All detainees are members of five Roma families. They forced various people – mostly those with physical or mental problems – to beg around the junctions in Toulouse.

They set their working hours from 9am to 9pm and set a minimum for the amounts that beggars should collect. For the “workers” of the smaller junctions it was 30 euros and the ones for the larger ones – 400 euros.

For those who did not manage to beg for enough money followed cruel penalties. Some were tied to trees, others were run over with car and beaten, or stabbed with a knife.

Victims, including a 7-year-old child, were forced to drink large quantities of alcohol to make them easier to be manipulated.

In the scheme, which the French authorities describe as “modern slavery”, each beggar has his own “master”. And the “masters” in the group often traded with their victims and resold them for 500 euros.

Four of those involved in the crimes have already been charged and remain in custody.

All victims are already in social homes in France. All of them, with the exception of one, however, have asked to return to Bulgaria as soon as possible.