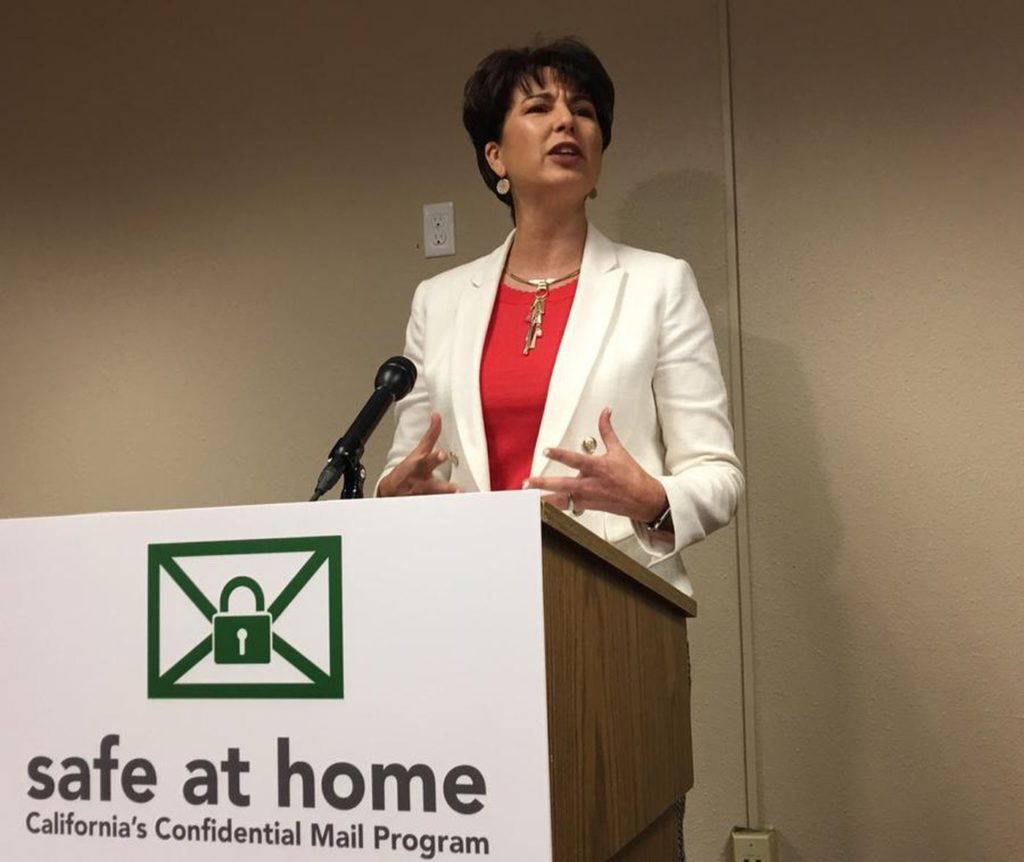 Human trafficking survivors can now sign up for a confidential mailing address program that enables some California crime victims to privately receive mail, open bank accounts and register to vote.

“California’s Safe at Home program has been a critical resource to survivors of domestic violence whose abusers continue to harass, threaten and stalk them even after they have ended the relationship,” state Sen. Connie M. Leyva (D-Chino) told reporters Monday. “Survivors of human trafficking often face similar threats … and this is especially true when survivors have testified against their traffickers and fear retaliation.”

The Safe at Home initiative, established in 1999, has provided a free post office box and mail forwarding service to at least 7,000 victims of domestic violence, sexual assault and stalking. A state law last year introduced by Leyva, at the request of California Secretary of State Alex Padilla, expanded eligibility to human trafficking survivors.

As part of its expansion, Padilla overhauled the program’s website, informational materials and enrollment forms. He did not have an estimate on how many survivors could be potentially served.

But California has some of the highest reports of human trafficking in the nation, and a new report found it ranks No. 1 in the country for concentration of illicit massage businesses.

“We know the demand [for this program] is high,” he said.