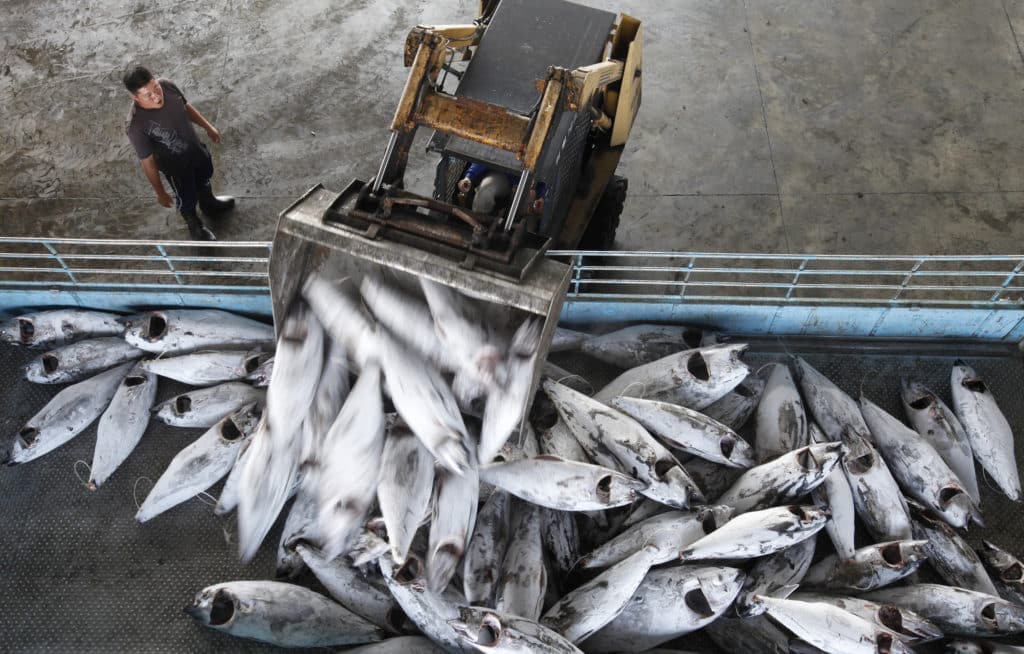 Investigators from New Zealand are behind a global operation that has exposed shocking incidents of human trafficking, slavery and abuse at sea aboard international fishing fleets.

Over the past two years, teams from Greenpeace New Zealand and Greenpeace East Asia have been working together to investigate grave human rights abuse cases reported on Taiwanese fishing fleets.

Investigator Tim McKinnel, alongside investigations analyst Stephanie Croft, led the investigation from New Zealand. A former police detective, McKinnel spent years campaigning on behalf of Teina Pora, resulting in a landmark case that saw Pora’s convictions for the murder and rape of Susan Burdett being quashed and a multi-million dollar compensation payout.

His subsequent work for Greenpeace New Zealand investigating international fishing fleets has now contributed to the publication of a major global report, Misery at Sea.Launched today, the report exposes human trafficking rings, slavery, and murder on the high seas.

McKinnel says what he uncovered onboard faraway fishing vessels over the past two years of the investigation has chilled him.

“In all my years as an investigator, working on some pretty horrific cases, this investigation stands out in terms of scale of the misery,” he says.

“What we discovered onboard some of these fishing vessels, which often operate on the high seas and don’t come into port – sometimes for years at a time – is nothing less than modern-day slavery. We’re talking abuse, rape, starvation, and even murder – and it’s all for tuna.

“I have little doubt that some of this slave-tainted tuna is entering New Zealand and ending up on our dinner plates, and in the food we give to our pets. 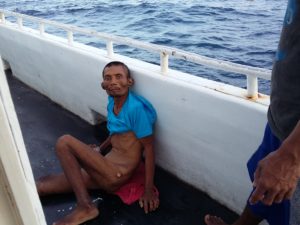 “If they knew, New Zealand consumers would simply not accept this. We all need to be asking supermarkets and sushi shops where they buy their tuna from, and whether they can be sure it’s not coming from boats employing modern-day slaves.”

Key findings of the Misery at Sea investigation included that members of a human trafficking ring in Cambodia, convicted in 2014, are still living openly in Taiwan. Despite being considered fugitives, the individual members continue to be involved in the recruitment of migrant workers – predominantly from South East Asia – for Taiwanese fishing vessels, with the full knowledge of Taiwanese authorities.

Photo and video material was also uncovered relating to the death of an Indonesian fisherman named Supriyanto, who died in agony just four months after starting work on the Taiwanese vessel, Fu Tsz Chiun. The harrowing images make it clear Supriyanto had been beaten and abused. 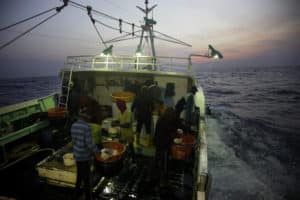 Crew from the longliner Balaji no. 5, fishing under the Letter of Permit (LoP) scheme. This scheme allows foreign vessels to fish under an Indian flag within the Indian EEZ but only when they have an Indian registration and Indian owner. The Balaji 5, 6 and 9 trawlers were found in complete violation of the guidelines, set by the Ministry of Agriculture, by being registered both in India and in Taiwan.

Despite his deteriorating condition, satellite data revealed that ship continued with its business operations, including in the days immediately following his death.

In another investigation, prison-based interviews shine a new light on the 2016 murder of the captain of the Vanuatu flagged Taiwanese owned vessel, Tunago No. 61. Speaking with the six convicted crew members, Greenpeace investigators learnt that in the days and months leading up to the captain’s murder, the crew were frequently forced to work 20 hours a day and seven days a week, faced repeated physical violence and verbal abuse, sleep deprivation, a lack of adequate food, discrimination, and were scared for their lives.

In 2015, Taiwan was given an EU “yellow card” warning for its insufficient cooperation in combating illegal, unreported and unregulated (IUU) fishing, which defy international standards. This September, EU officials will review Taiwan’s status and decide whether to lift the warning.

McKinnel says he hopes the Misery at Sea investigation will contribute to the EU’s decision-making process.

“The cases we uncovered are just the tip of the iceberg. There is little doubt that human rights abuse is rampant on the high seas. Right now, if you’re buying tuna here in New Zealand, you can’t be sure that it wasn’t caught by the line of a slave.

“We need supply chain transparency, backed up by legislation, prohibiting slave-tainted products from entering New Zealand. We need to be sure we’re not unknowingly supporting absolutely horrific human rights violations.”