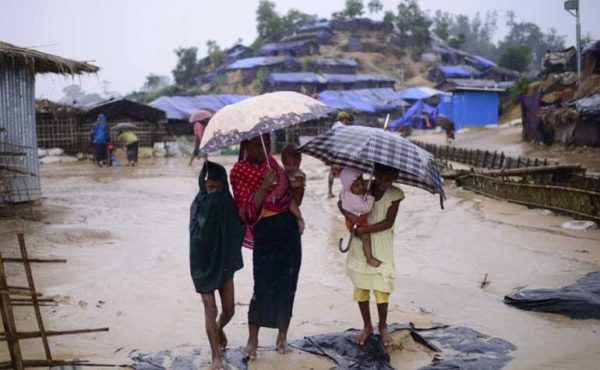 In light of the ‘repatriation agreement’ signed between Myanmar and Bangladesh, the 620,000 recent Rohingya refugees who have been living in Cox’s Bazar for the past few months will be allowed to return to the Northern Rakhine state or ‘to a safe and secure place nearest to it’ of their own choice.

Considering most Rohingya villages were burnt to the ground, returning to their first ‘choice’ is highly unlikely, hence the forcefully displaced Rohingya will be living in temporary camps and shelters indeterminately. On Burmese territory.

This is particularly worrisome bearing in mind the recent human trafficking warning signs regarding the current situation in the world’s largest refugee camp which have been raised both by the U.S. Department of State in its 2017 Trafficking in Persons report and by the International Organisation for Migration (IOM). Human trafficking networks are believed to have expanded and are now ‘rife’ thorough the refugee camps. Therefore,it is by no means a stretch of the imagination anticipating the occurrence of the same phenomenon in these temporary shelters.

In which ways are the Rohingya refugees trafficked?

Read the rest of this story on Modern Diplomacy