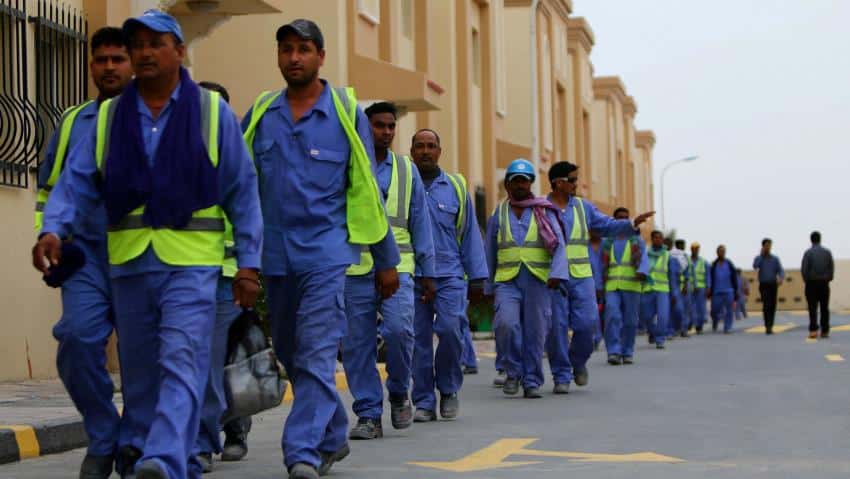 Qatar will introduce a labour panel to assess grievances by migrant workers later this month, a major reform agreed by the 2022 World Cup host with the United Nations, officials said on Saturday.

The reform would be introduced in eight days and the panel would begin its work on March 18, a government spokesman confirmed to AFP.

Labour disputes have, until now, been dealt with inside the court system, but the panel will be overseen by the labour ministry.

The panel was part of a package of wholesale reforms agreed by Qatar last November as it sought to head-off a potentially embarrassing enquiry being launched by the UN’s International Labour Organisation (ILO) into alleged labour exploitation.

Other reforms announced included clamping down on passport confiscation by employers, making it easier for workers to switch jobs and the introduction of a minimum wage, which Qatar has “temporarily” set at 750 Qatari riyals ($206, 167 euro) a month.

The minimum wage initiative was announced by labour minister, Issa al-Nuaimi, who explained that the “temporary minimum wage of 750 riyals ($195) per month will immediately come into effect”, while officials work on setting a permanent rate.

He added that in addition to the new salary, workers will receive free accommodation, food and healthcare plans covered by employers.

“The new guidance from Qatar signals the start of real reforms in Qatar which will bring to an end the use of modern slavery and puts the country on the pathway to meeting its international legal obligations on workers’ rights,” said its general secretary, Sharan Burrow.

Qatar has come under intense global pressure since winning the right to host the World Cup to overhaul its labour practices, which critics have compared to modern-day slavery.

Human rights groups have attacked the Gulf state for its “kafala” sponsorship system, which forces the country’s some two million migrant workers to seek employer’s consent to change jobs or leave the country.

But Doha insists the proposed reforms will dismantle kafala and place workers on a contractual system instead.

An ILO office will open in Qatar later this year, possibly as soon as next month.

Despite facing a land, air and sea blockade by Saudi Arabia, the UAE, Bahrain and Egypt, the tiny Gulf emirate is spending around $500 million a week on preparing for the World Cup.