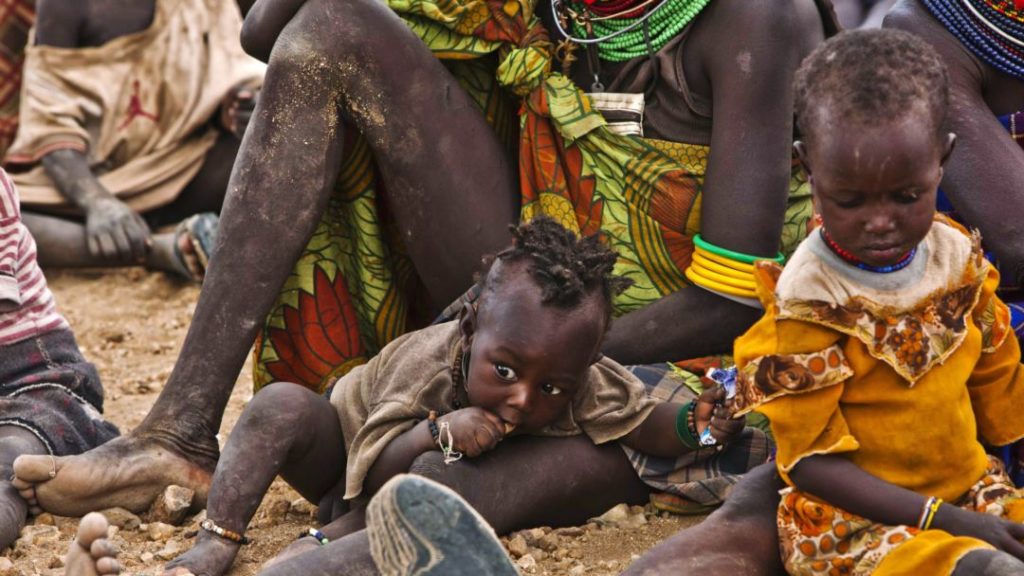 Women and their children wait to receive relief food supplies near the Kakuma Refugee Camp, northwest of Kenya’s capital Nairobi, August 8, 2011. Aid agencies and the Kenyan government set up a new settlement for refugees about 30 kilometers away, in the northwestern town of Kalobeyei, last year.
Photo: Reuters

Uganda must investigate allegations of “human trafficking” and corruption in refugee camps, the UN’s top official in the country said on Monday.

Rosa Malango, UN Resident Coordinator in Uganda, said she had written to the government last month over allegations ranging from “corruption to fraud, from trafficking of women and girls to intimidation and harassment of UN personnel.”

The scale of alleged misdeeds is unclear, but Malango said the allegations were serious enough to warrant writing to Uganda’s prime minister on January 26.

The specific allegations are that South Sudanese girls and women are being trafficked from the refugee camps of northern Uganda back across the border.

There, they are sold as “wives” to combatants with the possible knowledge or complicity of Ugandan officials, a diplomat familiar with the charges said on condition of anonymity.

Aid workers have long suspected Uganda of inflating refugee figures in order to attract more aid which is then syphoned off by corrupt officials.

Uganda claims to house 1.4 million refugees, a million of whom have fled the ongoing civil war in South Sudan.

One large Western donor has already suspended aid because of the graft allegations, according to diplomats, demanding the implementation of a UN-controlled biometric system of refugee identification, and others are threatening to follow suit.

Uganda is among the world’s poorest countries but has been widely praised for its progressive refugee policy. Refugees are welcomed, given land and the opportunity to work, in stark contrast to many rich countries.

During a visit last week, UNHCR chief Filippo Grandi again hailed Uganda for having, “one of the most progressive policies for refugees, not only in Africa but also in the world.”